Leadership and management is NOT the same! Many people often use the terms management and leadership interchangeably, but they are really two completely different concepts. Unlike management, leadership is a vocation rather than a position. While management can be assigned or chosen, leadership is something to which someone must be called. A person who takes a leadership position so they may assume a particular status or control within an organization is a manager—not a leader. While management and leadership have many similar characteristics, the motivations of practitioners are very different. According to Richard Daft (2008), the purpose of management is “the attainment of organizational goals in an effective and efficient manner through planning, organizing, staffing, directing, and controlling organizational resources” (p. 14).

Managers seek stability in an organized environment in order to control the organization’s bottom line. The motivation for management is power and profit. Leadership is different because it is “an influence relationship among leaders and followers who intend real changes and outcomes that reflect their shared purposes” (Daft, 2008, p. 4).

Leaders provide a vision for the future of the organization and often question the way things are done because they want to move the organization and its people forward instead of merely maintaining a stable environment. The motivation for leadership is people and progress “by building networks of positive relationships” (Daft, 2008, p. 357).

Posted by Unknown at 7:43 AM No comments:

A Champion intentionally creates situations to jack up the pressure even higher, challenging yourself to prove what you're capable of.

A Champion uses pressure like helium, to rise above. An unstoppable, relentless Champion will create pressure situations in order to rise to the top of their game. The only way to truly see what you are made of and what you are capable of is to perform at the highest level. What makes others give up and quit; is what takes a Champion to the very top. They don’t give the honor of being Champion to those that can't handle the pressure. Honestly, a Champion isn't usually one that can just handle the pressure. The Champion is the one who isn't willing or wanting to, but does create the pressure. Control the pressure, control the situation. Pressure makes people make mistakes and get careless because they don't like pressure. If you fear pressure then you won't perform well. That’s why to be a Champion you have to welcome pressure, perform at your best under the most pressure, and then finally create the pressure.

Are you creating pressure to take you to the top today?

Posted by Unknown at 8:15 AM No comments:

TURN OFF THE DESIRE TO GIVE UP

A Champion turns off the desire to give up and allows themselves to discover what they're really made of, what they're capable of doing. 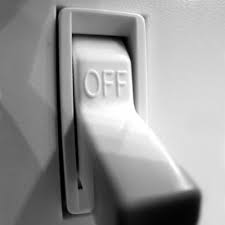 The only way you will ever truly know what you are made of is to turn off the desire to give up. You are able to do more than you think you are. We have to push ourselves past the outer limits. When the first desire to give up comes, don't give in to it. There is far more out there for you; if you will just continue to press on. Most people never really go past the first pains of the desire to give up. To be unstoppable you have to do just that; press on. Take the next step and move past average. Become the Champion you were created to be. It’s exciting to discover what you're made of and what you're truly capable of doing.

Are you turning off the desire to give up today?

Posted by Unknown at 7:51 AM No comments:

Why be an optimist? Because optimism keeps you motivated and energetic, pursuing what you want with ambition, confidence and happiness. It helps you focus on your vision, and makes everyday a happy day.

Tips on How to be Optimistic

One of the things I learned the hard way was that it doesn't pay to get discouraged. Keeping busy and making optimism a way of life can restore your faith in yourself.

Posted by Unknown at 7:29 AM No comments:

TAKE THE LID OFF

Staying safe is limiting; you can’t be limited if you're going to be unstoppable.

Being unstoppable means playing with reckless abandon, but being controlled. When I say staying safe means you are limited; I don't mean that you are careless. A Champion definitely has a plan; that’s your process. To live with destiny and purpose means you can’t stay safe. It’s time to take the limits off your life. John Maxwell talks about the Law of the Lid. Being safe, being limited is having a lid. Being unstoppable means being unlimited, not playing it safe all the time. Take the lid off today, remove the limits from your life. Be the unstoppable Champion that you were created to be. Others may decide to put a self-imposed ceiling on their performance but not you. Also, never allow anyone else to limit you. Be careful, but care free. Have a process that you follow, but don't play it safe. Play and live your life to the fullest.

Make a difference that is felt in generations to come. Are you limitless, lidless and relentless today?

Posted by Unknown at 7:40 AM No comments:

ARE YOU GIVING REWARDS FOR GRADES OR LEARNING?

People often rely on external rewards to get kids to do something—a school rewards a class if the students' score proficient on a test; a parent rewards a child if the child gets all A’s. What's your take on this?

My take is what 50 years of behavioral science tell us. There are certain kinds of motivators, what I call "if-then" motivators, as in "If you do this, then you get that." Those motivators, science tells us, are pretty effective for simple, short-term, algorithmic tasks. But if-then rewards are far less effective for more complex, creative tasks. The problem we have in schools and organizations is that we tend to use those if-then rewards for everything rather than for the areas in which they work. Trouble is, in both the workforce and education, people now rely less on these routine kinds of skills and more on work that requires greater judgment, creativity, and discernment. In many ways, how we motivate people hasn't caught up to the reality of our times.

Now, let's be clear. We all love rewards. If you dangle a prize in front of people, it gets their attention, but—and here's the important point—it gets their attention in a narrow way. That's OK for certain things—for example, if you're stuffing envelopes or turning the same screw the same way on an assembly line. Rewards for things like that can actually improve performance. But if people have a completely narrow view of a task that requires more creativity or judgment—designing a new piece of software, inventing a product the world doesn't know it's missing, and so on—then they're not going to do as well.

However, if a kid is single-mindedly focused on a learning goal—mastering algebra—chances are he's going to do pretty well. In the process, he'll probably attain that performance goal and get his A. So it's best to simply go for the learning goal and use the grades and scores as feedback as the student works toward mastery.

A Champion has no need to announce his presence; you'll know he’s there by the way he carries himself, always cool and confident.

Body language tells the tale. You can tell a lot, I mean a whole lot, about someone by their body language. Someone who is not confident will show it by their body language. The same goes true for someone who is supremely confident, a Champion. When a Champion is on board, he doesn't have to announce his presence. You will be able to tell by the way he carries himself. There is an air of confidence. A Champion stands tall at all times. A person who is unstoppable acts like it. There is no hollering or acting out of control. This is because a Champion is always in control of their emotions. They know there is a job to get done and they do it. If you wonder if you're a Champion or not; just check your body language. Do you slump your shoulders, eyes and head down? Do you shuffle your feet? Do you slump down in your chair? Scared to make eye contact? A Champion is secure in who they are. They know they own this! No slumping, no slouching. You're not arrogant or conceited, but confident. You know who you are and what you can do.

What is your body language saying?

Posted by Unknown at 7:37 AM No comments:

Every movement has a purpose, and you know exactly what that purpose is; you're never killing time or going through the motions. 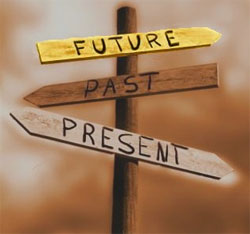 Every day should be a full, great and fulfilling day. The choice is up to you. If you are relentless then you make every day something special. There are goals to reach. There should be no killing time or lost time. A Champion doesn't waste time. You make the absolute most out of every minute. Even your rest is used to make you better. You are in constant learning and growing mode. This will only happen when you have discovered your purpose. That is when every day is full. No matter what it is you do, you do it with full energy. If you’re bored or not happy with your life. Then it is time to learn your purpose and become unstoppable. You may have thought that you had no reason for being here, you have no purpose or you were just a mistake. Nothing is farther from the truth. You have purpose, reason and there are no mistakes. You have Champion material inside you.

Make the most out of every moment of every day. Are you ready for a purpose filled life?