As I began working at the University of Wisconsin-Parkside, I have had the pleasure of being a part of a #realamazing team that has done nothing short of inspiring me professionally.  I have always prided myself on being a motivator of sorts but there is nothing more motivating and inspirational than surrounding yourself with people that understand the value of hard work and accountability. Maggie Lawler is a recent graduate that has been hired on at UWP and she is the perfect example of why I am so inspired to create an atmosphere of positive mental condition at Parkside.  Below is an example of Maggie's writing and better explains the right mental condition for a successful team member.  Being a part of a successful team means you are reflective in your own actions and accountability. Thank you Maggie.  You INSPIRE me! 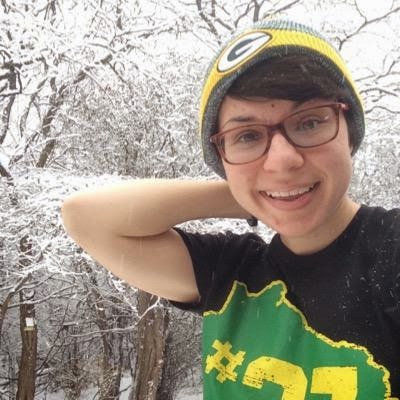 There’s no I in team, but there’s a ME

Now I know the title of this piece makes it sound pretty presumptuous, as if I have this belief that I’m God’s gift to the world. But I promise you, that’s not the case. Just stick with me and hear me out. You’ll see where I’m coming from in a second.

Over the years I have found myself on a number of different teams, whether that be in academia, the workplace, or during game night with my friends. One thing I’ve learned through all of that is, to be blunt, you can’t always count on your team. I think we’ve all been in a situation where we feel as though our group members aren’t pulling their own weight. Sure, some situations have much greater consequences than others, like a failing grade instead of losing a round of trivia, but you get my point. It’s time to stop blaming the team.

There’s no I in team, but there is a me. I like to use this saying as a reminder to myself that I shouldn’t always rely on other people to get things done. Just because I’m assigned a group project doesn’t mean I should sit back and expect other people to carry the load for me. If I’m on a team at work, I shouldn’t just wait for my co-workers to make the first move. You develop a strong work ethic as soon as you stop relying on other people, and start focusing on yourself. Instead of trying to figure out how your group will get things done, focus on what you can bring to the table.

Now I’m not saying that all groups are bad. I’m not saying to hold yourself in a higher light than your peers or to develop an ego. I’m just saying that it’s important to focus on putting your best self forward, regardless of whether your group is doing the same or not. It’s sort of like the phrase “dress for the job you want, not the job you have.” Your ability to present yourself well can open a lot of doors for you. You want to make yourself the go-to person in the office. Make yourself the person that everybody else wants to have on their team.

As a recent college graduate, I feel the need to constantly prove myself to anyone that might be watching. I’m realizing that in the working world, and even in everyday life, you are always going to be judged, so why not make sure you give them the best version of yourself to nitpick? Have confidence in what you can do and how you present yourself. Don’t wait for other people to move you along. Taking action will make you stand out and get you noticed by the right people. It’s perfectly okay to be your own team.