Failure is great. Fear of failure is a complete waste of time. 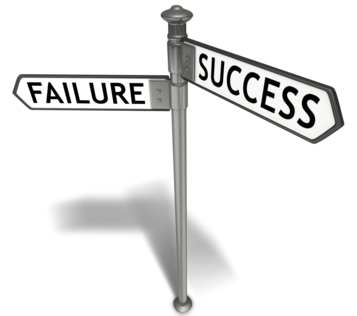 I've had it with fear of failure. I am weary of thoughts of failure, anticipation of failure, worries of failure and they have nothing to do with failure itself. Failure itself has been really good to me in life. In hindsight, of course – I was never that smart when it first knocked me off my feet. Failure taught me whom to trust. Failure showed me the true colors of friends. Failure proved what I am not willing to give up in life. Failure brought my values to light. Failure opened doors which always led to better success. Failure connected me with better opportunities, brighter outcomes and greater results. You see, failure has been so good to me and I bet it’s been really good to you too. Fear of failure on the other hand has been nothing but a waste of precious time. Enough already! So you fail. Great. You tried something. You learned something. You risked something. In fact, who are you not to fail? Whoever achieved greatness without it?


Fail. Fail again. Fail often. Fail shamelessly and proudly. Fail until you get it out of the way so you make room for nothing but success. Success on your terms, in your words, by your definition.